Does Australia deserve its “Dangerous” tag?

While dangerous animal encounters are common in Australia, it is unusual that an encounter results in a serious injury, and fatalities are rare. The Australian population is currently at its highest ever level of just over 24.5 million and around 9 million people visit Australia from overseas each year, and the number of human interactions with wildlife has never been greater. Yet fewer people die from animal-related injuries per year (less than 30) than from motor vehicle-related incidents (currently around 1200) or workplace accidents (around 200).

Many animals have the potential to cause injury, illness or death to humans, and the media bombards us when an animal-related human death or severe injury does occur. But how likely are you to be the victim of an encounter with one of Australia’s dangerous animals?

In 2016 a 22 year old man died after being bitten by a redback spider during a bush walk on the north coast of NSW. This was the first recorded fatality from a redback spider in 37 years  (Redback spider antivenom was introduced in 1956). Around 2000 bites from this species are reported every year, and the more deadly sydney funnel-web is responsible for a further 30 or 40, but there has not been a fatality since antivenom was developed in 1981, and only 13 human deaths were recorded prior to then.

Snakes are responsible for over 3000 bites per year, but only an average of 2 per year prove fatal, and around 20% of fatalities are a direct result of the person trying to handle or kill the snake.

The venom of box jellyfish Chironex fleckeri has also been attributed with almost 70 deaths.

All venomous creatures are potentially deadly to humans, but how commonly the animal is encountered, the amount of venom it injects, the speed in which first aid and medical treatment (including antivenom) is administered, and the age, health and sensitivity of the person envenomed are all contributing factors.

Since records began in 1791, there have been 1062 documented cases of shark attacks on humans in Australia, with 237 resulting in fatalities, although 356 attacks (51 fatalities) were as the result of the shark being provoked.

Since 1868 saltwater crocodiles have attacked and killed 77 people in Australia, from a total of 201 recorded incidents.

Kangaroos, emus, cattle, horses and even camels all cause motor vehicle crashes, as does the shock from a large huntsman spider dropping onto a driver’s lap when lowering the car’s sun visor.

Many of these animals also cause substantial damage to aircraft around airports, with 101 collisions with kangaroos and wallabies, 27 with dogs and foxes and 5 with cattle, in the 10 years from 2006 to 2015. When birds are included in these statistics for the same 10 year period, the number of wildlife strikes on aircraft in Australia totals a staggering 16,069. But only 11 of these strikes resulted in serious damage to the aircraft and none resulted in fatalities.

Some steps you can take to avoid a dangerous encounter:

Grab your copy of our book from our secure online store: 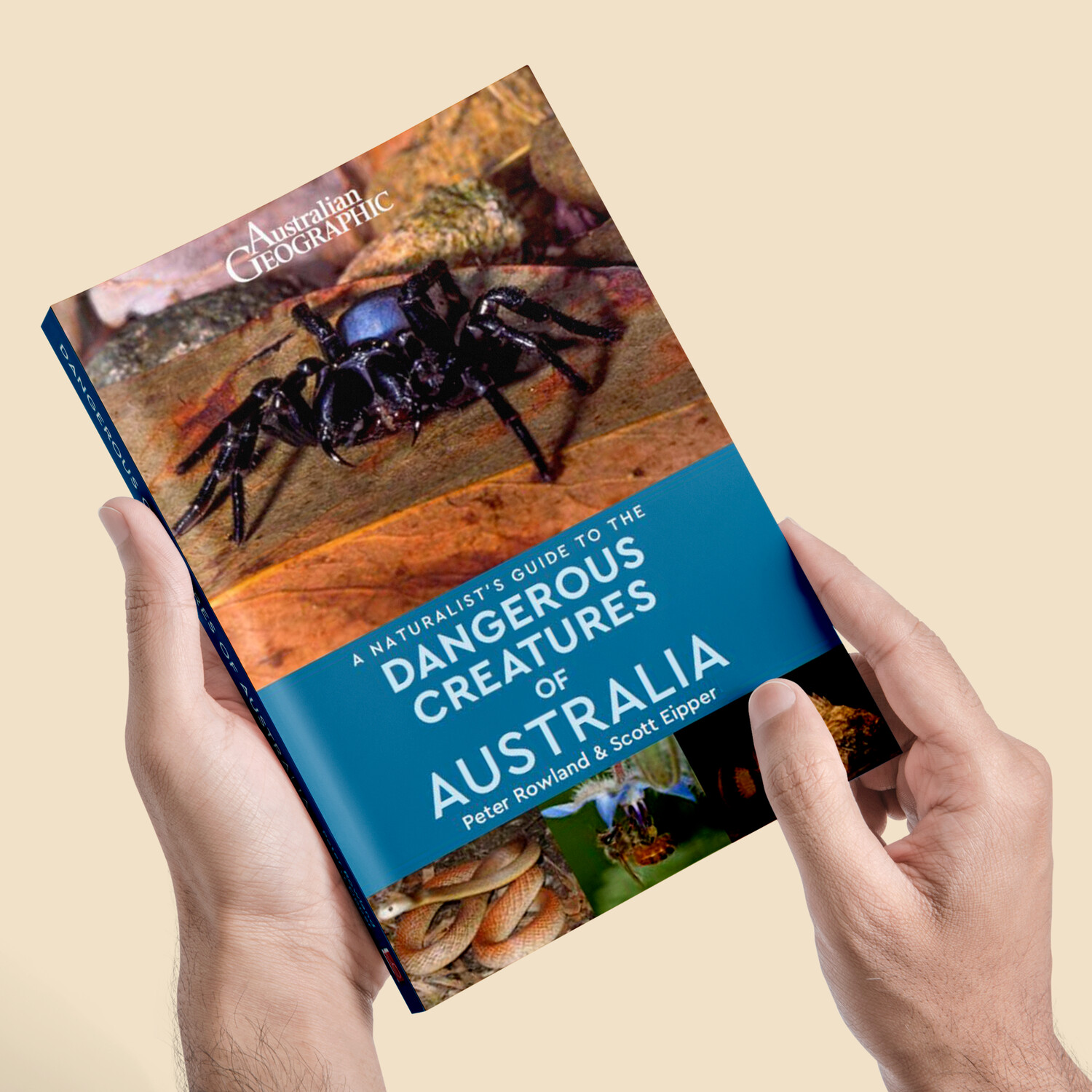 A Naturalist's Guide to the Dangerous Creatures of Australia

Save this product for later
Visit Our Secure Online Store

Check out our latest book title

Join Our Free Australia’s Wildlife Community for Access to Information, Giveaways and Other Great Stuff…